So I have organized a python Malaysia meetup in hackerspacekl last weekend. It is a good crowd, within we have developers that uses Django, Bottle and Plone to share their experience in using their respective technology stack.

The group is a diverse one, from experienced developer using python for sometime, to new python user. We have the usual introduction, then we have introduction to Python Malaysia.

Then a talk by Yours Truly, on experience of using bottle micro framework and pyes.

How we use Bottle and Elasticsearch from swee meng ng

Then have a talk on Mezzanine by renyi khor

Why I liked Mezzanine CMS from Renyi Khor

And Felix shows us how one can use to use tornadio to provide socket.io for django apps. Which is awesome, actually. Again no slide, but the repo is below

Then in between we have some networking session. Which is good, because this meetup is not just about Python, it is about the people that uses or want to try/use it. We have everybody not just the presenter that share their experience, which is awesome.

In the end of the day, this is a good event(I hope). But by July, python.my will finally be updated, things will gone more smoothly for us.

Notes: A few times running an event I still can’t get it right. A few thing is missing is, video, proper photo, groups shots, etc. Maybe I should add a list.

p.s The next meetup will be on May 26, in MindValley, just beside Bangsar LRT station. Detail is http://www.eventbrite.com/event/3414166865 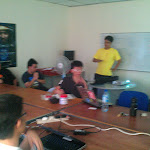 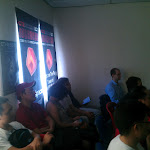 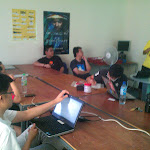 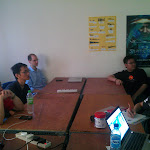 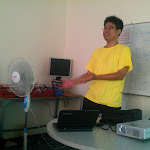 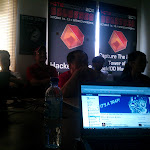 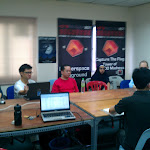 As from the link above, the Computing Professional Bill is dropped for now, asking for the industry to sort it out first. The war on it is not quite ended. One reason(or excuse depends on which side you pick) of the existence of this bill is the dropping of quality of IT professional in Malaysia, and the quality of project I suspect. Registering people will definitely not helping in bringing up quality.

If one of the measurement of quality is how much we knows. Then browsing the Malaysian job sites, I come to the conclusion that we don’t know that much. Almost all job revolve around .net and php, with a few php and c/c++. Yet we knows that the industry is more than that. I mean where is the job on python, ruby and rails or node.js, where the job for CMS’es?

p.s This is very programmer specific, I apologize. But this is the group of people I have seen the most.

p.p.s Yes I know hack weekend exist, but there is only one hackathon in the whole Malaysia?

Edited:1)From @sureshdr on twitter, My cronjob generate too many entry to log, so updated both on the server and the post with >/dev/null 2>&1 at the end of the job.

First time have to produce an app, and maintaining the server all by myself. Previously can work with the sysadmin, now the guys in sinar is pretty busy with a day job.

So first thing first, the thing with virtualenv is, running it in a cron job can be a pain(it is not that bad). Well, billwatcher is using buildout, so it uses less command, buildout have pretty much an isolated environment. So it look like this, more on why I don’t direct to /dev/null:

Second thing is, the last deployment, I didn’t add a full path to the sqlite database. This is important, so that the data is written in the right place.

Third, because this is my first time running cron(don’t ask why). I finally found the log file to cron.

Except, my cronjob is run at midnight, and a few cronjob run already. Then I found zcat, because the older cronjob is /var/log/cron.n.bz2. n is the number.

I read it, make sure it is running, I’m happy, then I realized that I kinda polluting the email on my system which I don’t read often. So comes the MAILTO directive. Thus my final cron job look this way

And the newbie sysadmin live happily ever after… Until something else break, and there is a new project coming soon…

p.s running billwatcher at midnight is a bad idea, might be a better idea doing it in the morning..